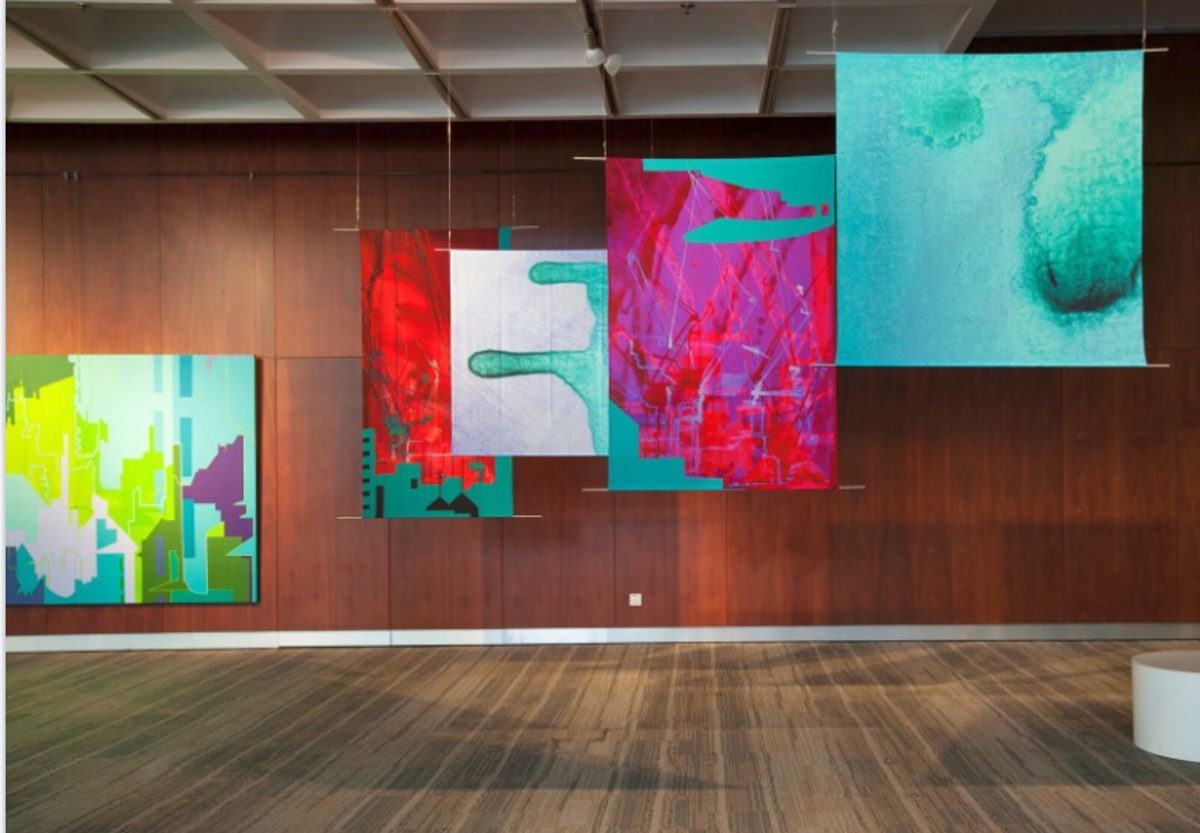 Merryn Trevethan, a Singapore-resident, Melbourne-native artist is proud to present a body of work that marks a chapter of her practice entitled “The Party’s Over”. Merryn’s inspiration stems from her observation of the urban landscape of globalised cities.

The show’s title “The Party’s Over” is a line from Leonard Cohen’s song A Street. Influenced by recent geopolitical changes occurring across the world, Trevethan observes a city that is constantly in flux and is continuously re-inventing itself. While specific buildings are not readily identifiable in the work, Trevethan captures the essence of each city scene with chromatic lines and varied hues. She depicts a landscape without horizon- using colour to collapse the picture plane. Each painting is not a portrait of any specific city but a convergence of urban cues

Her selected engagements in Singapore include being awarded First Prize for the DRIVE – Public Art Open Call for her work “Accelerator City”, where she painted a mural on an outdoor wall at Gillman Barracks. In 2015, Trevethan was commissioned to create artwork for the new Facebook Headquarters at South Beach Tower, Singapore, as part of the Facebook Artist in Residence Program and is currently in the process of expanding this project. 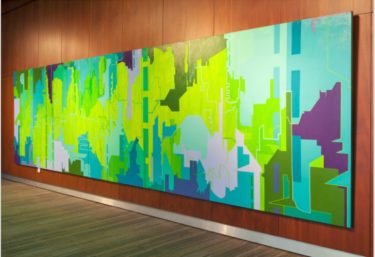 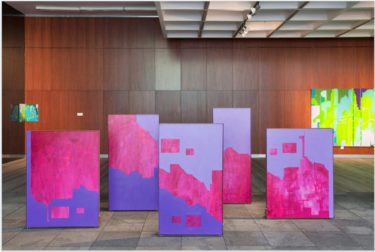 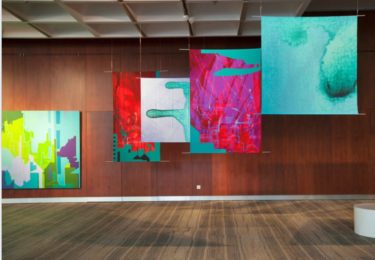 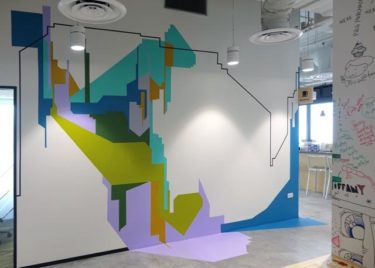