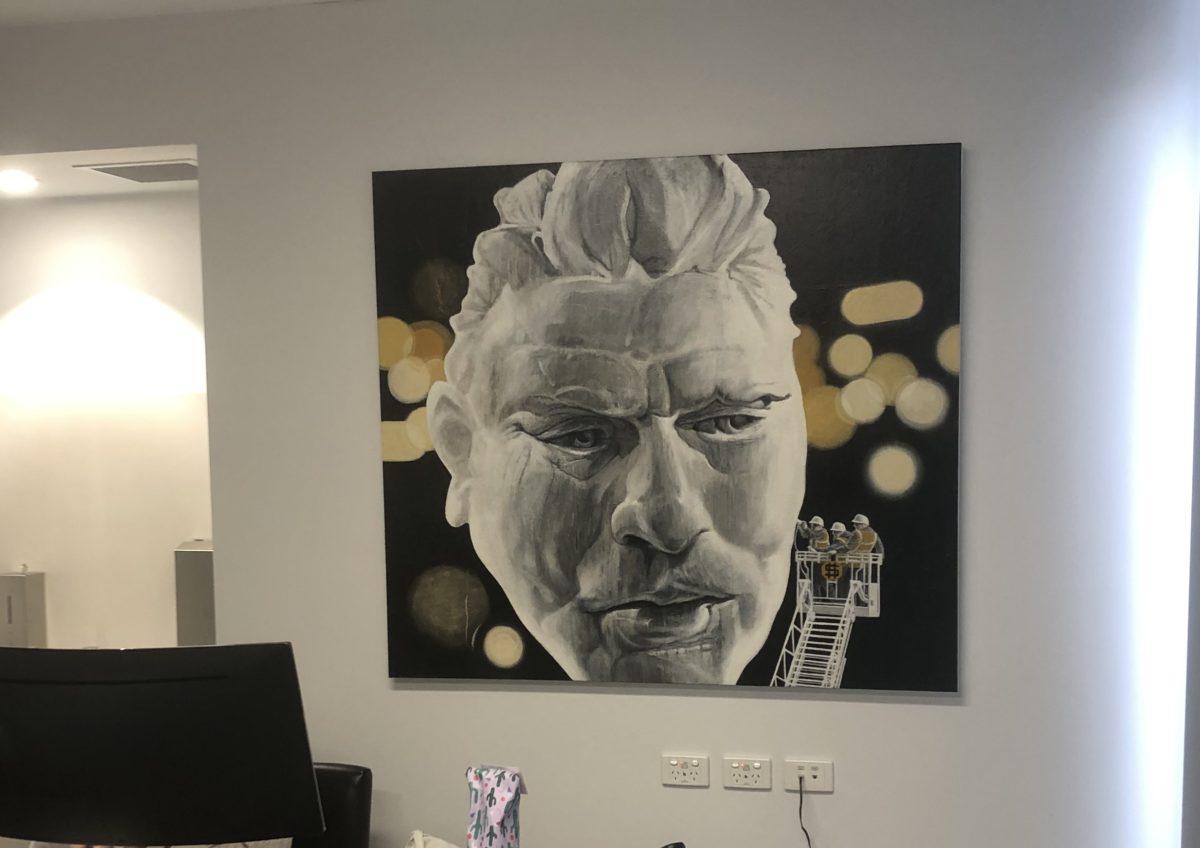 These three outstanding paintings have just been rented by a medical professional for his new office in Waverley, Melbourne. These large paintings by the artist, Steve Warburton have contributed to the working space being a warm and interesting work environment. Steve’s inspiration for the works follows.
Titles: Mad World, :-(, $. These works are born from a series produced between 2005-2007- the mainstay being oversized machinery parts. My desire to give these large machines a human aspect led me to replace them with monumental heads and figurative sculptural elements. I felt this would make it easier to express emotion and portray the narrative.
As parts of society are becoming increasingly progressive, the position of monuments have come into question. Their initial purpose was to be a symbol of winners. Recently, they have been
removed, toppled and even partially destroyed by demonstrators who have opposing opinions to what they stand for.
Over time, society’s need for monuments providing a link to a battle, war or political belief may alter, thus bringing the monument’s position into question.
These 3 works were part of a series of works in a show in May 2019. The theme of the show being a comment on the concept of ‘Fake News/Alternative Facts’, which has been a talking point in
both the mainstream news and social media of late. It is used by certain elements of the population who don’t agree with comments said about them or disagree with their direction.
In these paintings, the signs ( 🙁 $ ) represent the shock and simplicity of the hashtag trend. The use of the white lines in these works is isolationist, a device to separate certain objects or people from reality – an alternative fact. 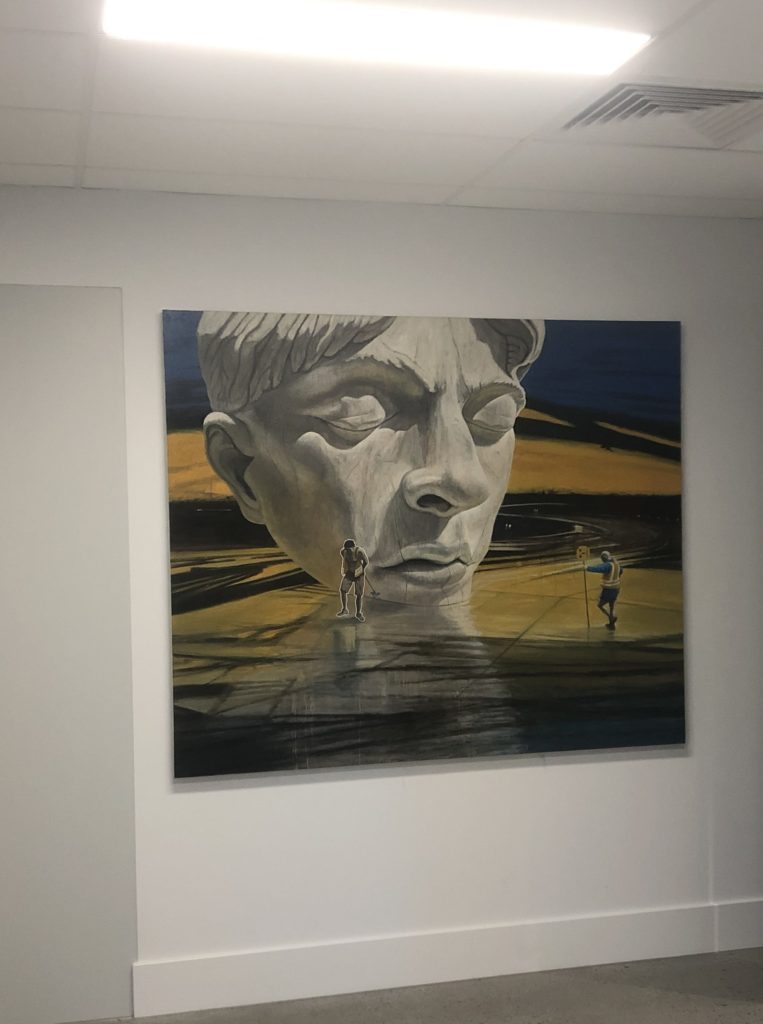 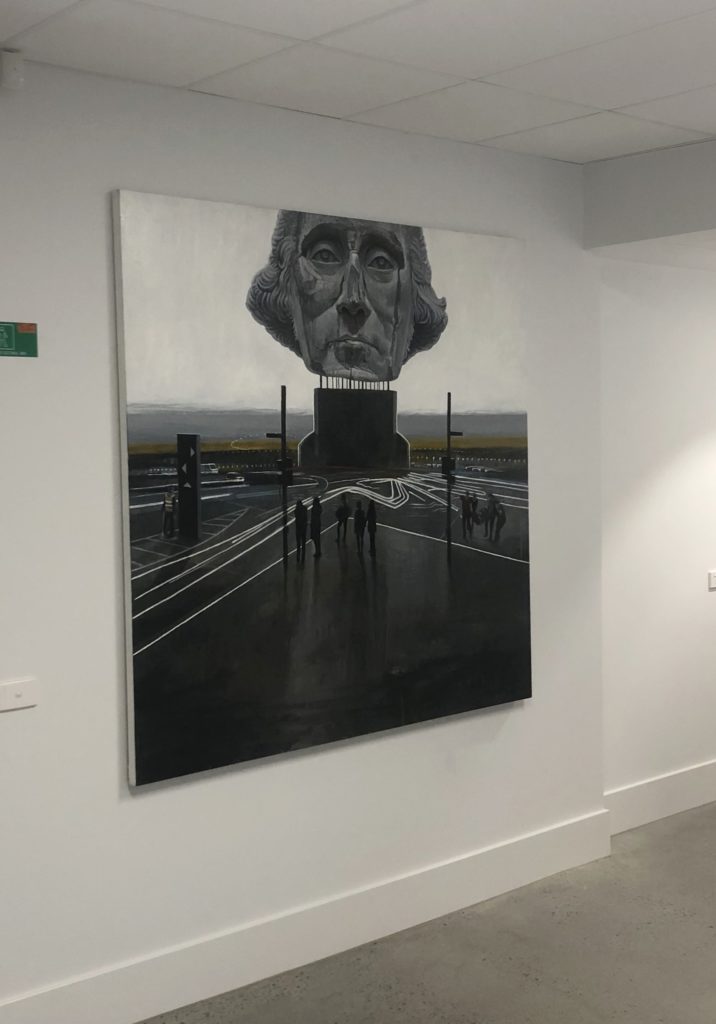 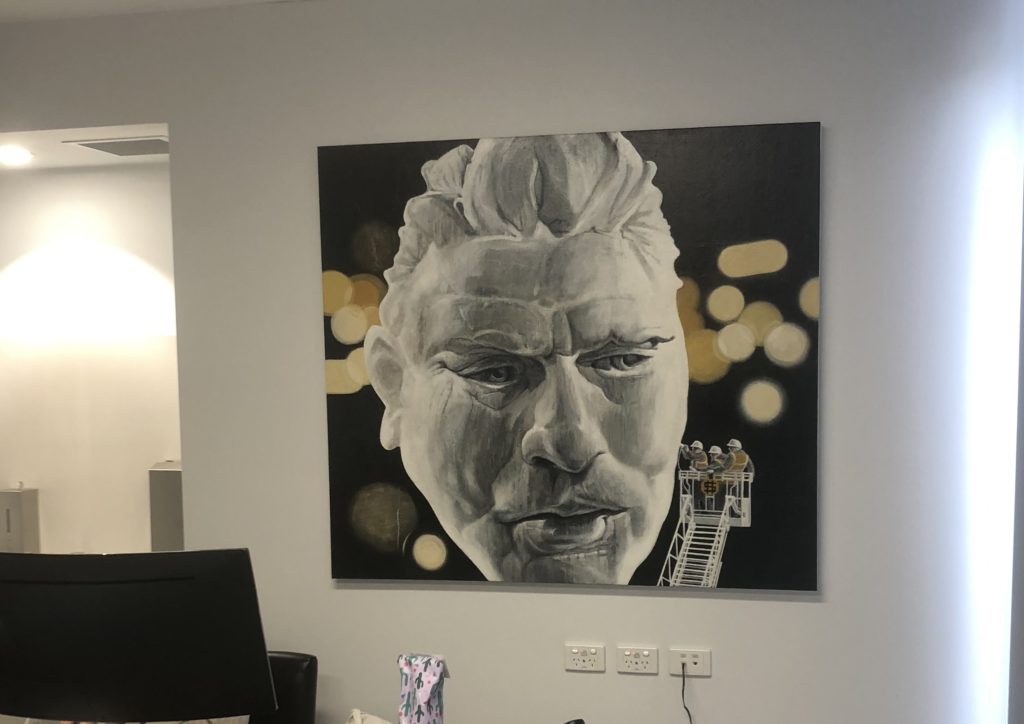